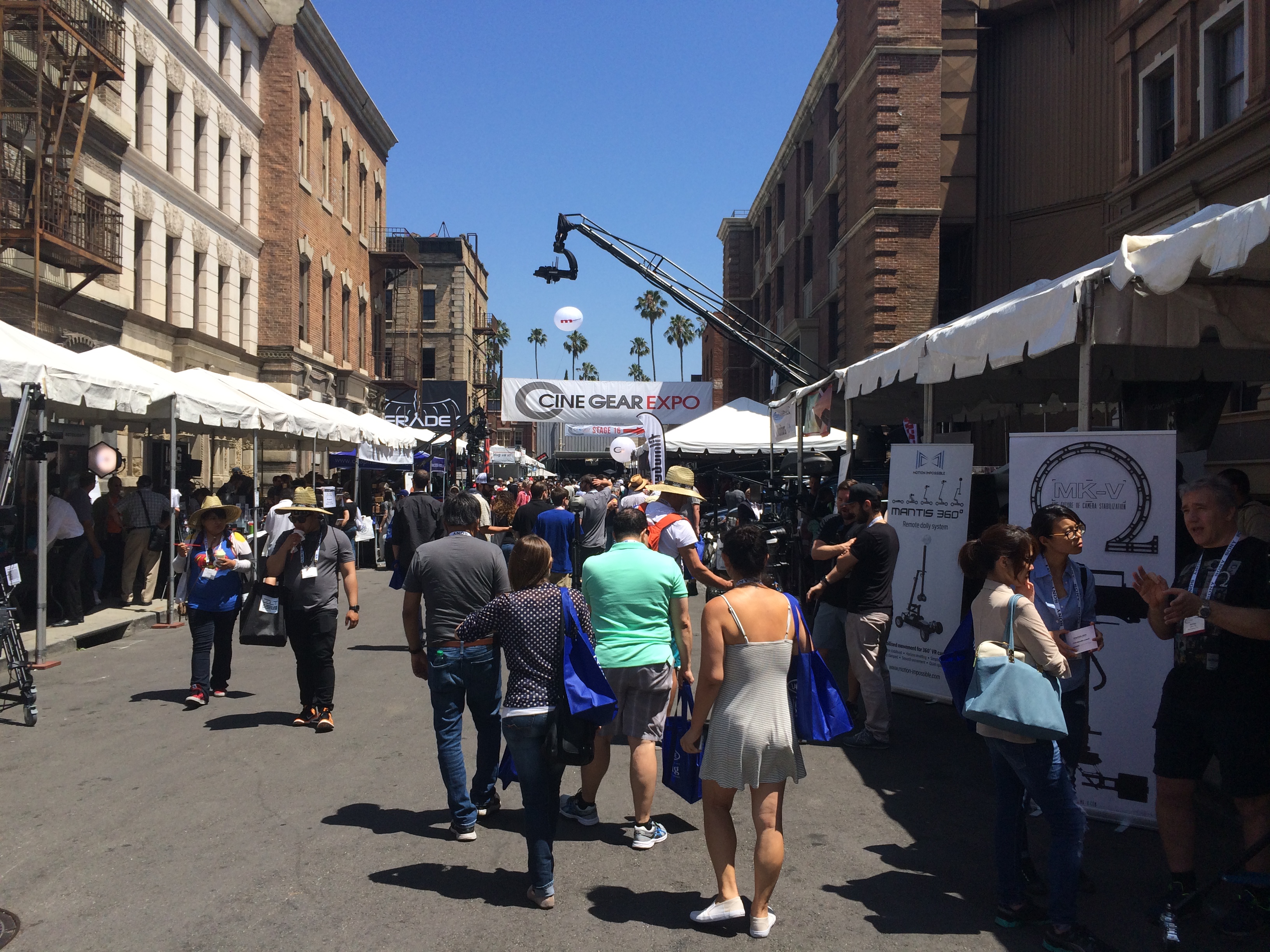 Cine Gear Expo is an annual technology event by and for Hollywood’s entertainment industry. The Expo returned to the historic Paramount Studios lot for its 21st outing from June 2-5, 2016. Cine Gear primarily targets behind the scenes film and television artists and technicians who sculpt and create the images we eventually see on screens small to large. The focal point for this meeting is the wide-ranging Expo wherein hundreds of exhibitors showcase their latest offerings. Cine Gear also offers numerous exhibitions, seminars, workshops, and film screenings.

AARR clearly doesn’t belong in the motion picture industry! But our friends over at SuperProAerial suggested we check Cine Gear out given the increasing number of drone-related technologies dribbling into Hollywood productions.

I was hoping to make it to the formal dedication of our 67-mile Backbone Trail across the Santa Monica Mountains (40 years in the making) just before Cine Drone, but a host of things slowed my departing Ventura County. So on a warm Saturday morning in early June, we hopped in a car and made a beeline hour’s drive straight into LA and the Paramount Studios Lot.

Drones Few and Far Between

For pure drone enthusiasts, this event was generally a bust. By my tally <3% of the Exhibitors had anything directly to do with UAS. The drone contingent primarily consisted of omnipresent DJI plus a host of video firms specializing in aerial shots for commercials, TV, and film. I had some great talks with these videography firms, especially CineDrone. Perhaps the most interesting takeaway here was the fact while these firms each own a diverse stable of UAV, their default platforms were DJI Inspires. While each said that they select a specific platform from their UAV stable based upon environmental constraints and artistic vision dictated by the particular shot, they uniformly reported that their default platform is an Inspire with one of the newer Zenmuse (or better) lenses.

Comments like “the Inspire is what I use probably 75% of the time as a default,” “I’d say the Inspire is my most common go-to solution, that’s why we have four of them,” and “for travelling [our Inspire] is often the best tradeoff in terms of shot and ease of portability” illustrate the common theme of Inspires becoming the default, generic workhorse of the professional film business. 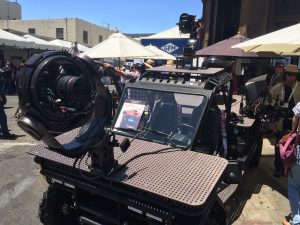 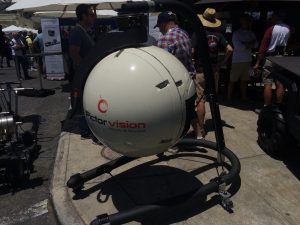 The next most obvious takeaway was the incredible burgeoning of steady camera rigs, gimbals and associated hardware. It seemed like every third or fourth booth was anxious to have passersby try out the smooth flow or “anti-gravity” feel of their rigs. Advances here are clearly showing up in our UAV camera/sensor rigs. We all know that of late everyone from Yuneec to DJI has been coming out with rigs that act as handheld steadycam holders for your UAV’s camera, sans flying components. Hollywood is taking this to the extreme with arrays on everything from military spec jeeps to RC cars to gigantic monster booms. Their filming set-ups with often super crazy and impressive!

The 3D Revolution is coming. I must have seen at least 15 rigs of differing design architecture, default CMOS, and portability. Clearly everyone will soon be shooting at least some of their stuff in the brave new world of viewer-dictated focus/shot composition and virtual reality goggles. Each of these arrays I examined were either too large for a UAV, too power hungry, or both. The current hardware is well suited to ground based robots or car-based mounts. We seem to be at least a year or two away from anything realistically being carried onboard a sUAS for any useful amount of flight time.

I think I was most surprised by the proliferation of LED-based lighting solutions. I would estimate something on the order of 15% of the exhibitors were showcasing LED solutions as either daylight illumination sources or as fully controllable multispectrum color illumination.   These are increasingly able to substitute for gigantic, power-sucking halogen spotlights or colored illumination via complex lighting gel arrays.

Hollywood is certainly pushing the development of LED innovation. LEDs comparative cheapness, power-sipping nature, and comparative cool operating temperatures compared to traditional light bulbs would in and of themselves be reason enough to drive innovation. But add to this the need for many productions to be portable and operate in remote locations and you have the makings for lots of players entering the movie lighting business. While I didn’t see direct links to the drone world here yet, all of the ancillary tech such as dimmers, fine-scale spectrum control, modular nature of the connectors, etc. make for lighting that is easier to attach to a drone.   Our lab has increasingly been calling upon LEDs for our work with our Performing Art colleagues and “drone dancing” performances.

There were also nice hidden gems here and there that I think our lab could benefit from. These include hard drives and file storage, portable power supplies, increasingly lightweight “Pelican” cases, and more varied daylight-capable video monitors.

All-in-all I am happy we made the trek down to Hollywood. But for the dedicated drone enthusiasts out there Drones, Data X Conference in San Francisco was probably a better bet this weekend.