This past Saturday several members of our AARR Team trekked down to the Los Angeles Convention Center in downtown Los Angeles.  We checked out the second annual International Drone Expo, a mixture of conference presentations and a large exhibit floor showcasing a range of UAV manufacturers.  The exhibit floor was a nice mix of manufacturers, firms dedicated to facilitating FAA applications/exemptions, businesses proffering commercial UAV services, and an array of ventures offering parts and ancillary equipment for UAV platforms and operations.

We met with a host of companies that were crafting their own UAV platforms, often by merging existing components within their own designs.  Lots of cool stuff here from companies like Quadrocopter who design and configure units in Montana but who conduct most of their training just south of Los Angeles in Orange County, California.  Perhaps the neatest firm we spoke with was the San Diego-based Action Drone.  These guys grew out of a small hobbyist company two years ago and now are a full-service commercial outfit with their own fabrication shop in Hong Kong that constructs/supplies their carbon fiber frames to their design and construction offices in San Diego.

The vast majority of manufacturers from DJI to all the new upstarts are Chinese (or Korean or Taiwanese) companies with the real work of design, manufacturing, and construction done overseas and their US-based operations simply sales offices.  These businesses dominated the offerings here at IDE, from the gigantic heavy-lift units of the Korean-based Gryphon/XM2 serving filming and heavy sensor package-needing sectors to the smaller folks such as Yuneec who hope to be a cheaper alternative to DJI and 3DR‘s marketplace dominance.  As an aside, it is really funny that the tradeoff of power vs. weight always seem to conspire to produce effective 15-25 minute flight times regardless of the size of the platform.  Be wary of folks saying they get longer (usually that is with a non-existent or minimal sensor package).

Another trend we are noticing of late is the tendency of manufacturers to be crafting more and more high performance platforms. To be sure higher performance is happening, but much of the innovation seems to center around making things cheaper with lower quality components targeted to drop the cost for the lower end of the consumer market.  Lots of the build quality we are seeing is simply not up to the needs of our real-world research/commercial needs.  Paired with this is a tendency to make what we might think are exaggerated claims.  A great example of this is AEE’s F100 (see the video below) we saw demoed in one of the flight cages on the expo floor.  To be clear, we have not had access to one of their units to test.  But the claims these folks were making such as the ability to fly up to 15,000 feet (almost three miles up), operate with no problems in temperatures as low as -10°C, the ability to fly through snowstorms or rainstorms, and others leave us skeptical.  I don’t want to say that these salesmen are overselling their products, but it is fair to say we seriously doubt their real-world performance is anything close to their stated specifications.

There was lots of great stuff to be seen at IDE.  Just a few included some killer LED-lit hula hoop drones that would be a great addition to our Arts Under the Stars performance later this Spring, a flying R2D2, the newest FLIR cameras for our Inspire, and so many others… 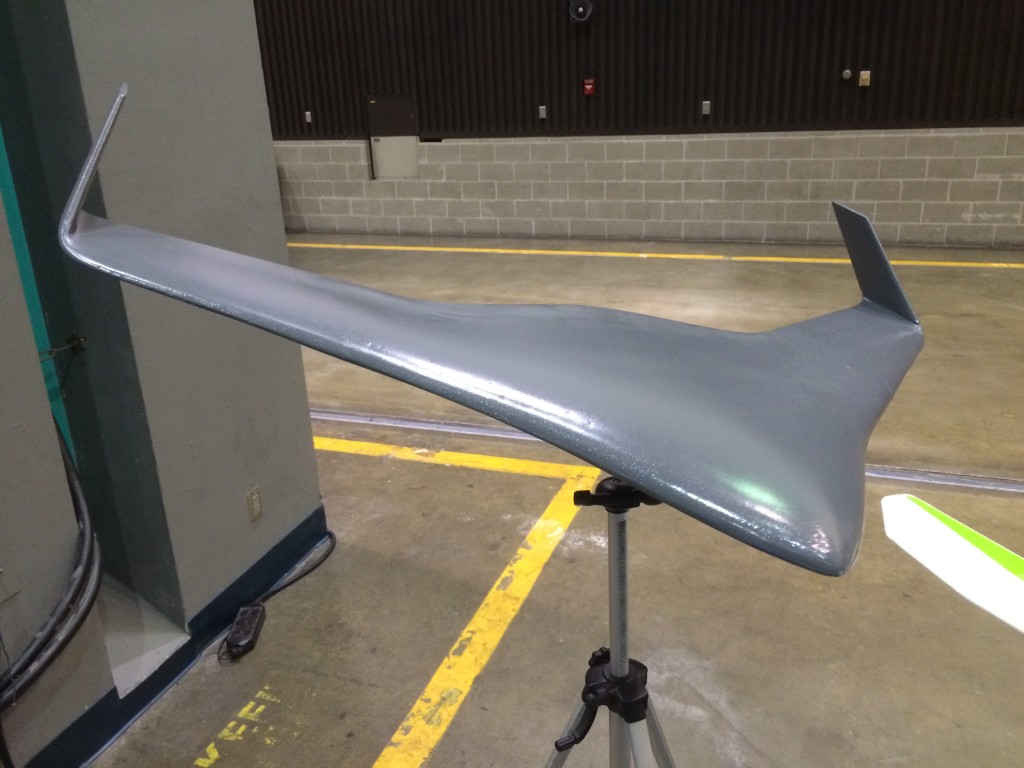 We were also really inspired by things other than products.  Tons of great discussions and ideas for new flight cages such as the apparently increasingly popular bungee cord-based cages…