In complete contrast with last trip to Santa Rosa Island, things have gone quite well! The rest of our intertidal team arrived and brought us a patch kit for the boat, and it’s holding air!

We have been testing our intertidal ROV, the Black Pearl, and it has passed through every test that we’ve thrown at it with flying colors. 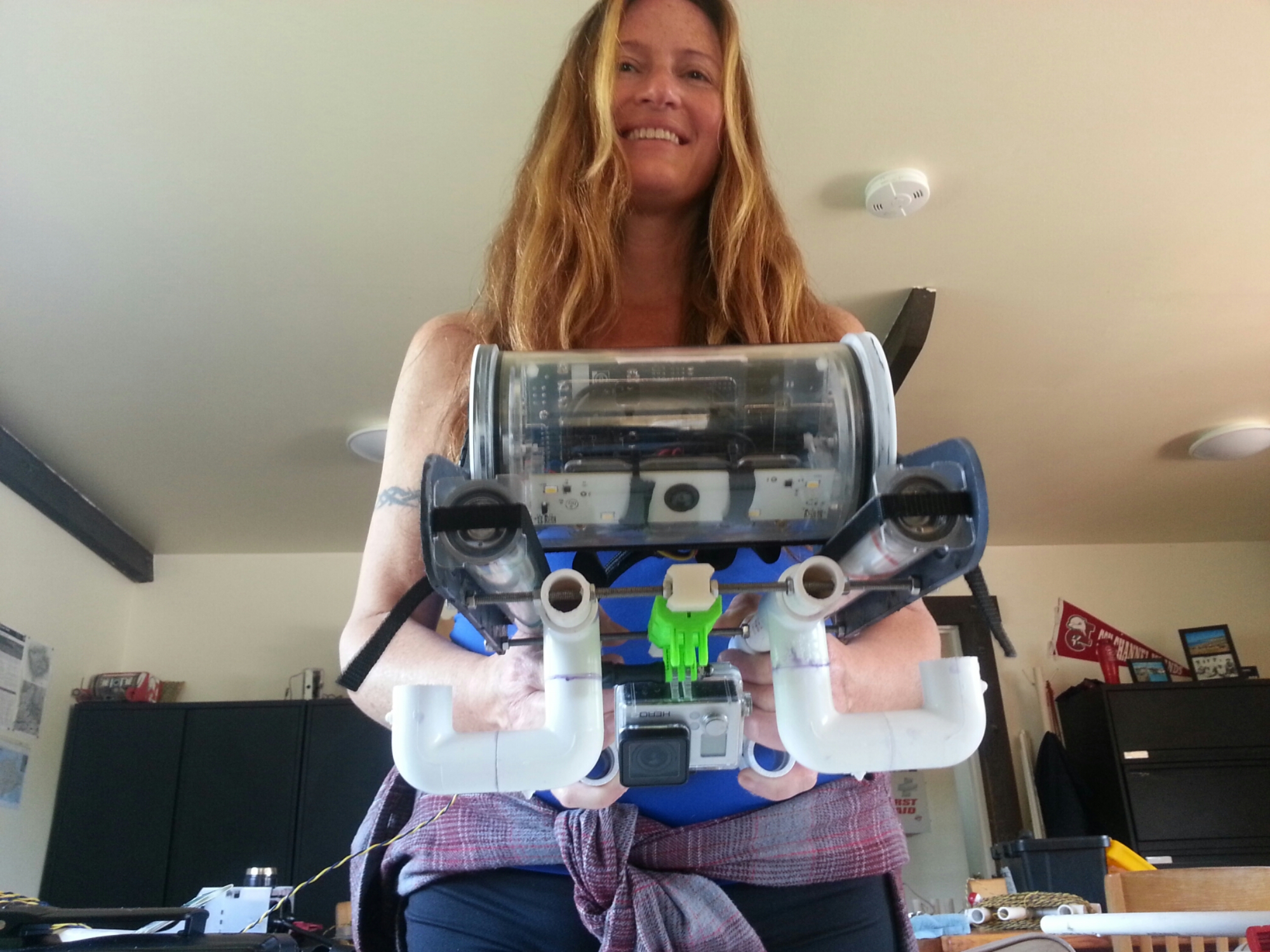 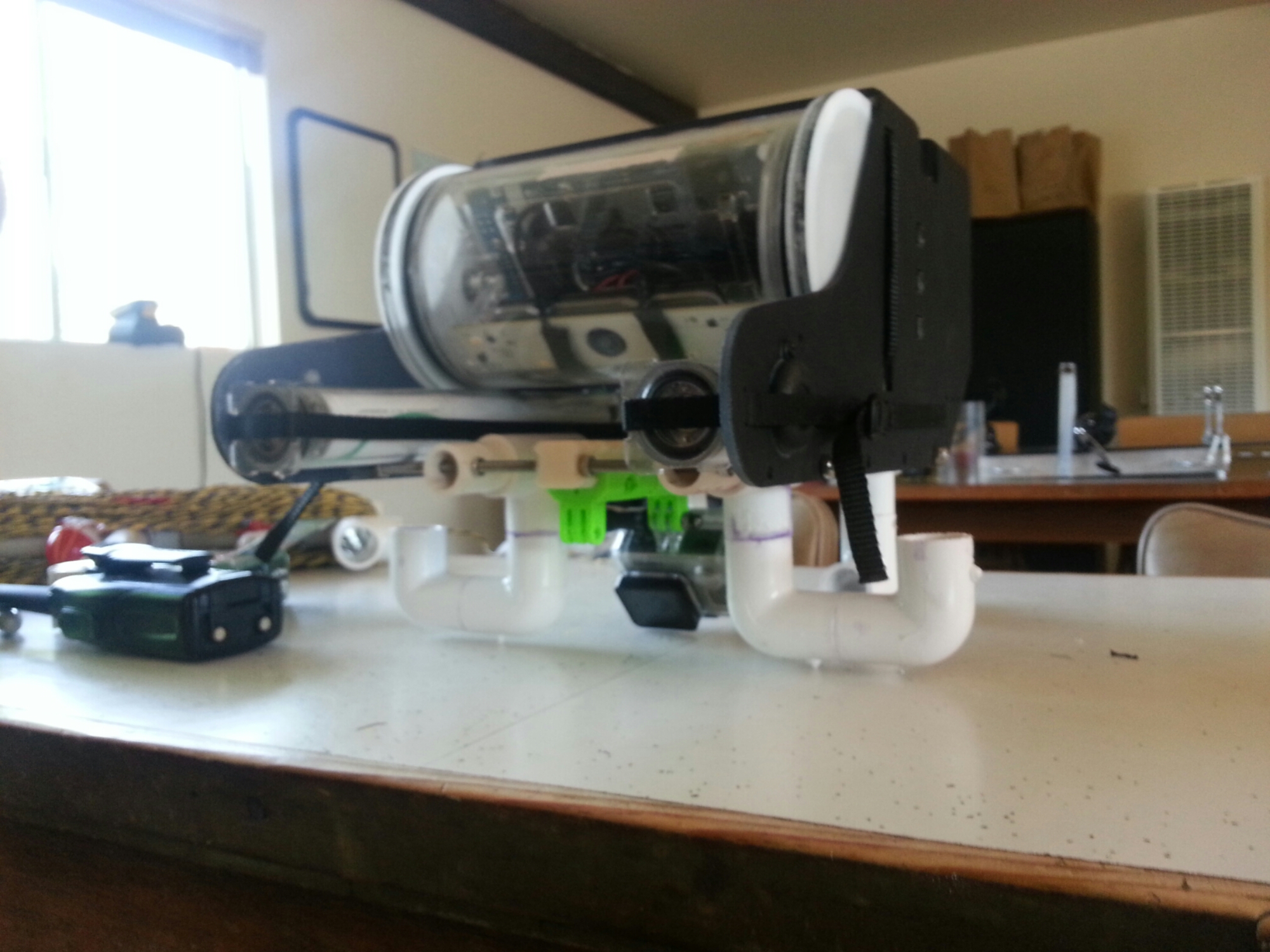 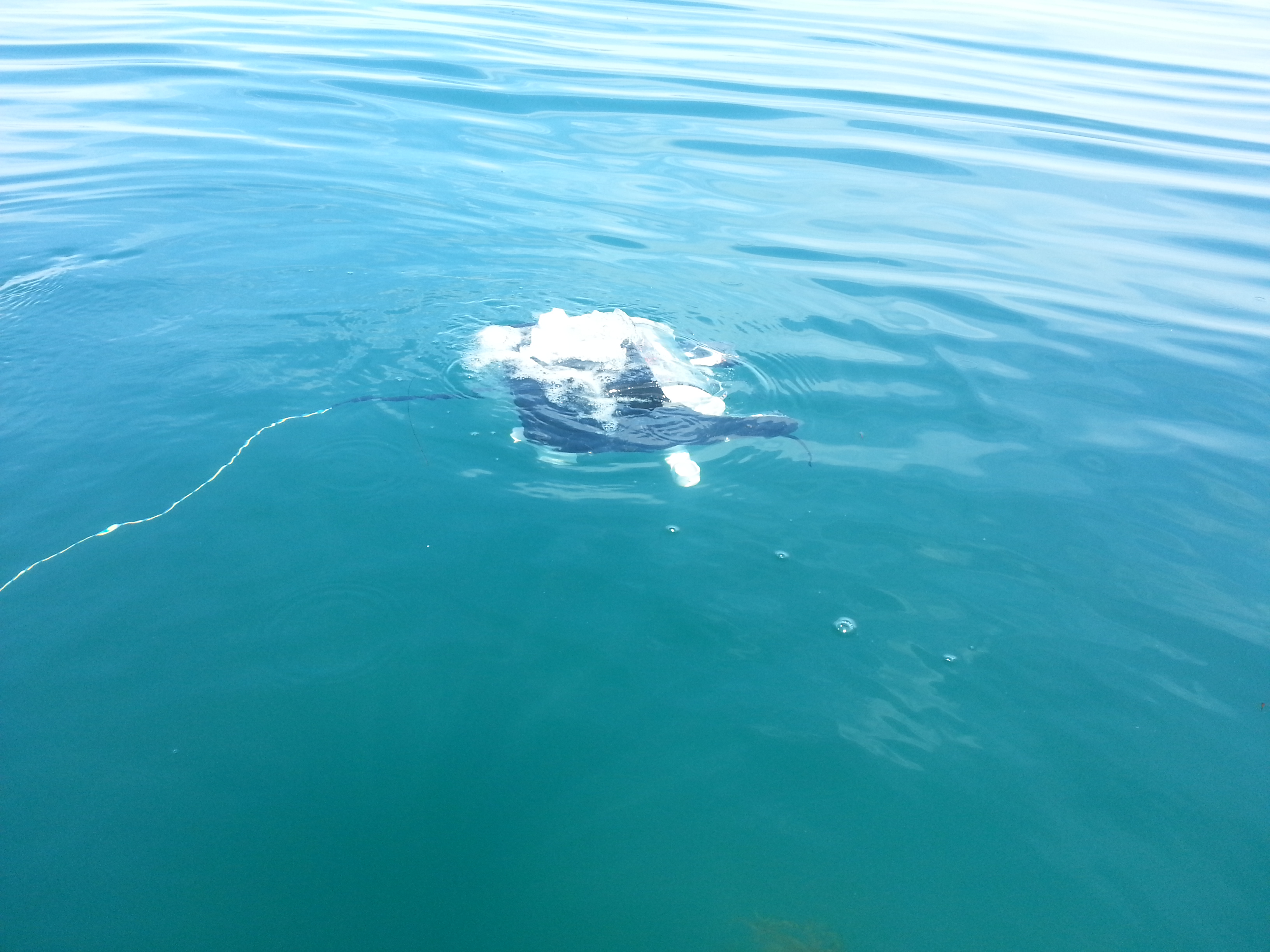 Pearl has a set of PVC skids and ballasts which also serve connection points for the intertidal rig. There is an accessory rail with a top down gopro camera, and a second at a 45 degree angle down and forward. Due to the extra weight, additional floats were necessary, but the ROV flies perfectly flat, and straight!

The intertidal system is necessary because there is often a lot of wave action in the shallow subtidal and intertidal zone, and the area is covered in rocks. It would be too dangerous to send in divers, so sending in an ROV is ideal, but running a straight transect is very difficult.

Our system was designed by Paul and uses a gondola, or track/rail set which attaches in the mid intertidal zone via two monofilament lines. The ROV is then launched from offshore by boat or kayak.

The boat / kayak setup is being designed to allow two National Park Service Intertidal Ecologists to carry one unit, place it on a kayak (their method of travelling between sites) and run their subtidal to intertidal transects after performing the intertidal surveyss. It consists of an aluminum frame with two ocean fishing reels with 150lb test line, a tether reel (with slip ring for tangle free operation) and a Ipad mount. The Ipad is in a submersible case, and provides GPS location, along with ROV control (currently not functioning due to software issues, so a tough book is being used.) 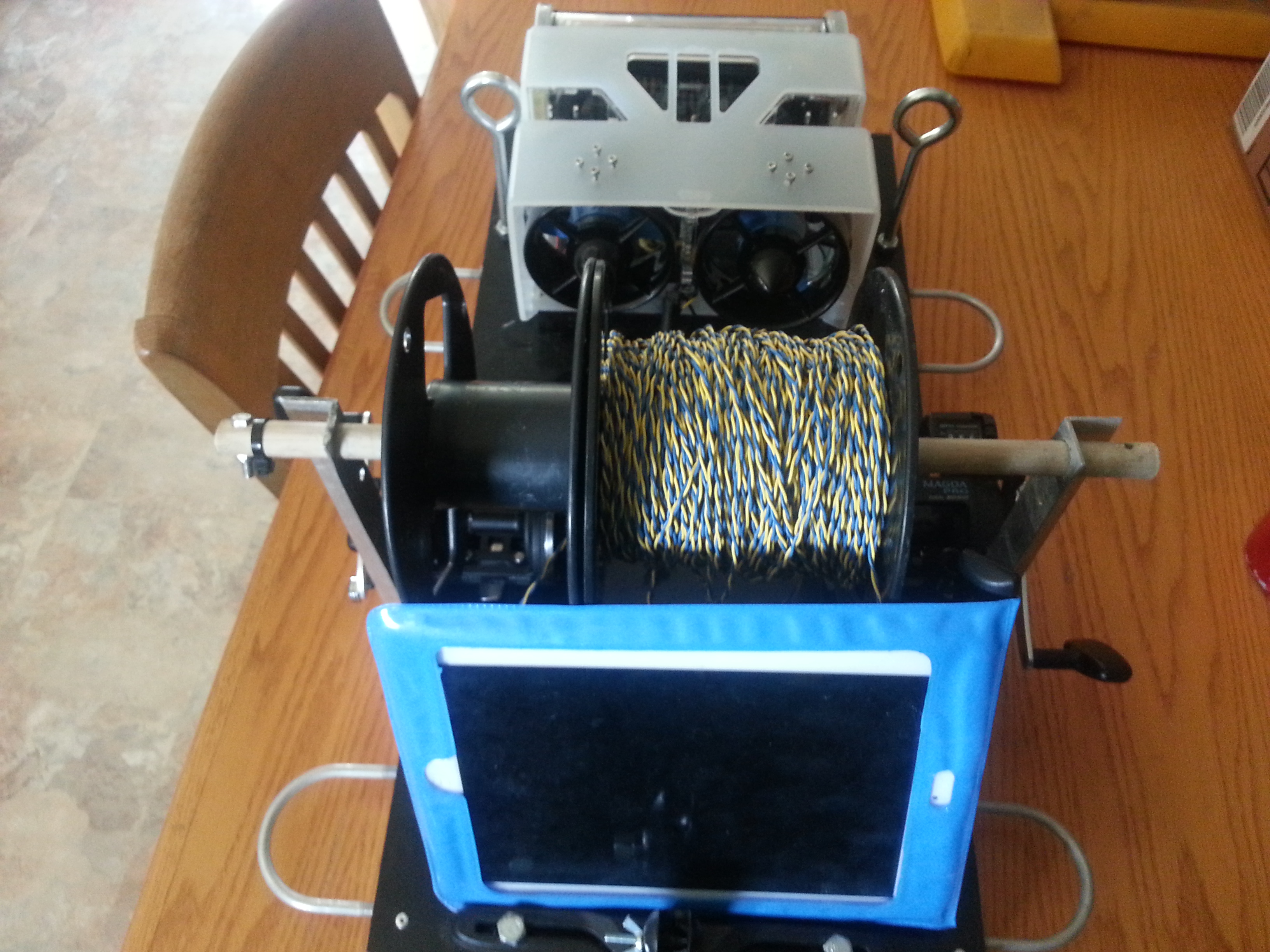 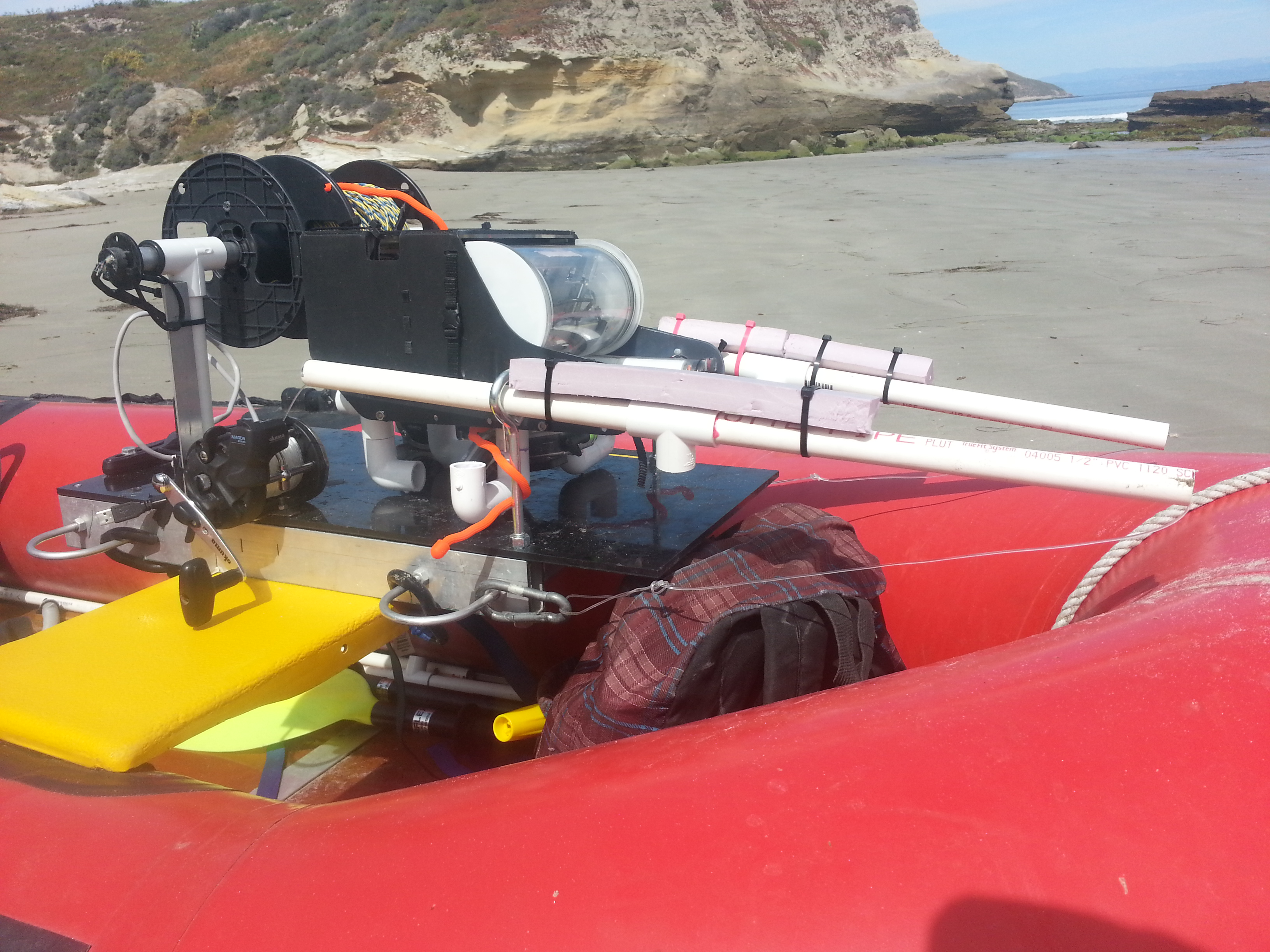 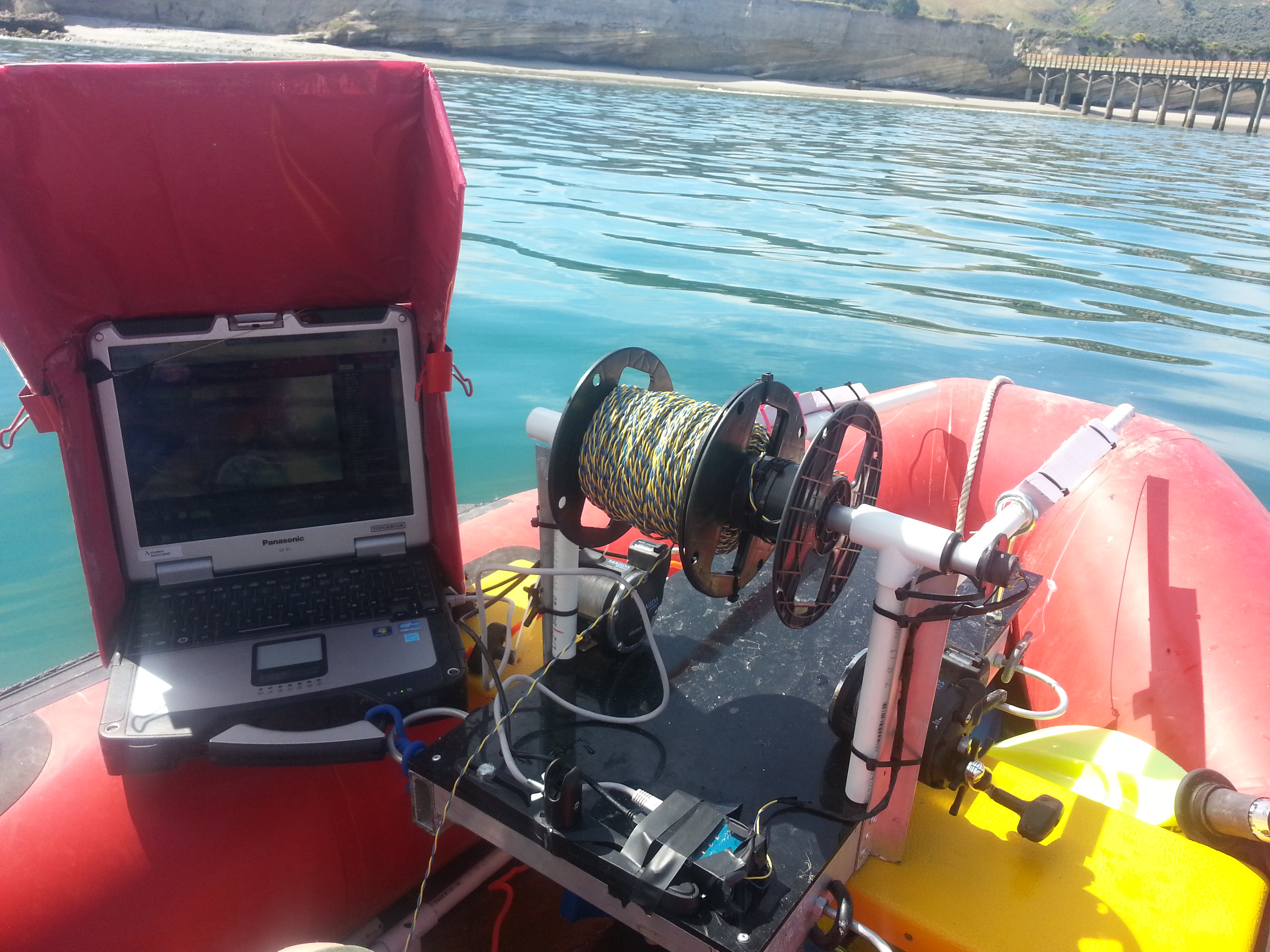 We first tested it by launching it at the pier to prove the concept, and the ROV scooted perfectly along the lines!

Next we took the boat out and ran the lines from the boat to the pier, and yet again Pearl ran it with no problems! 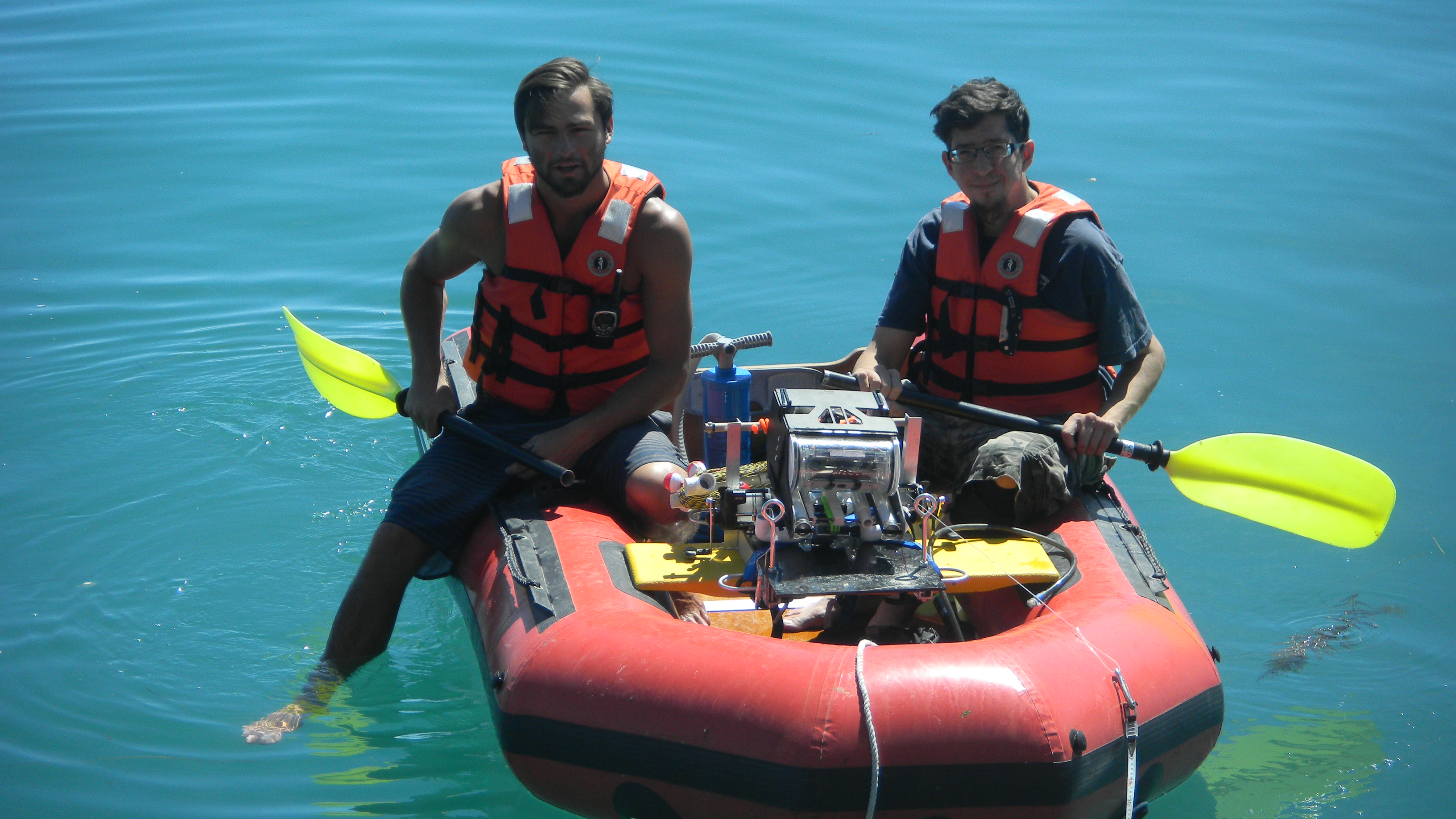 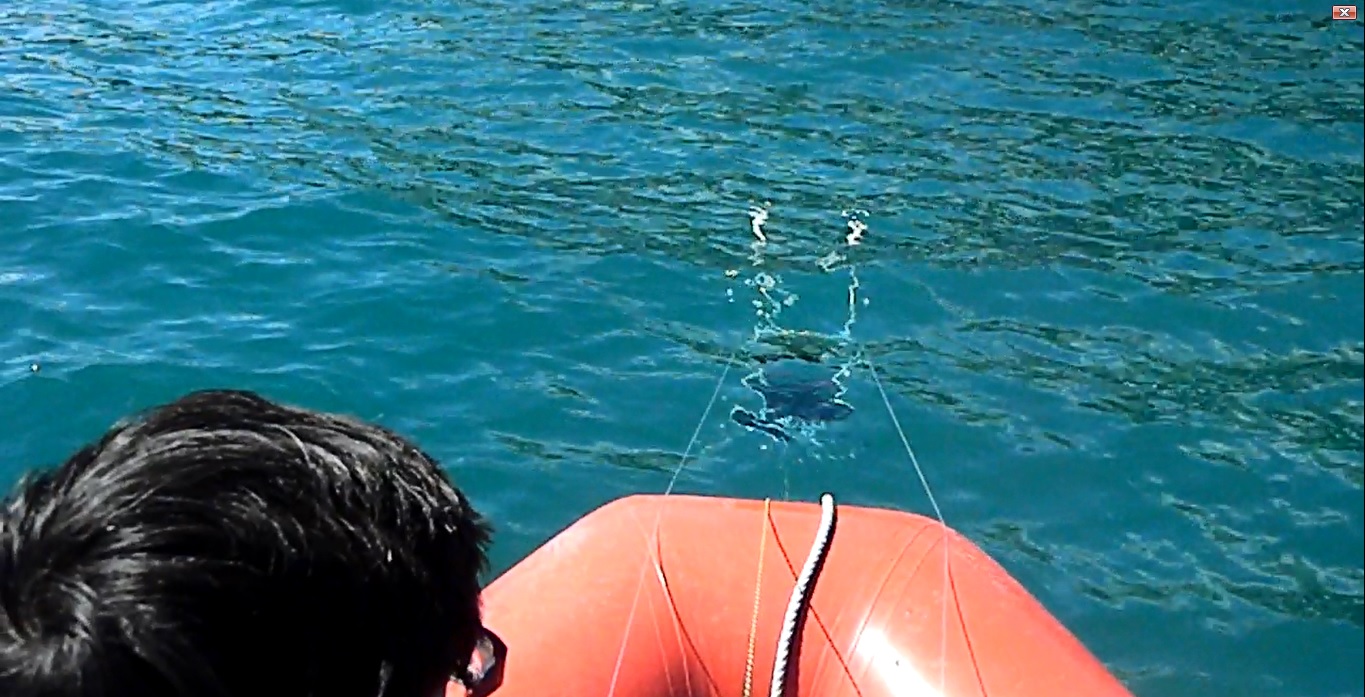 Finally, today was the real test, the system was deployed in the intertidal site. The setup worked very well, there was a wall of sea grass which caused us to need to extend the transect lines back further, but Pearl pushed through the sea grass no problem. 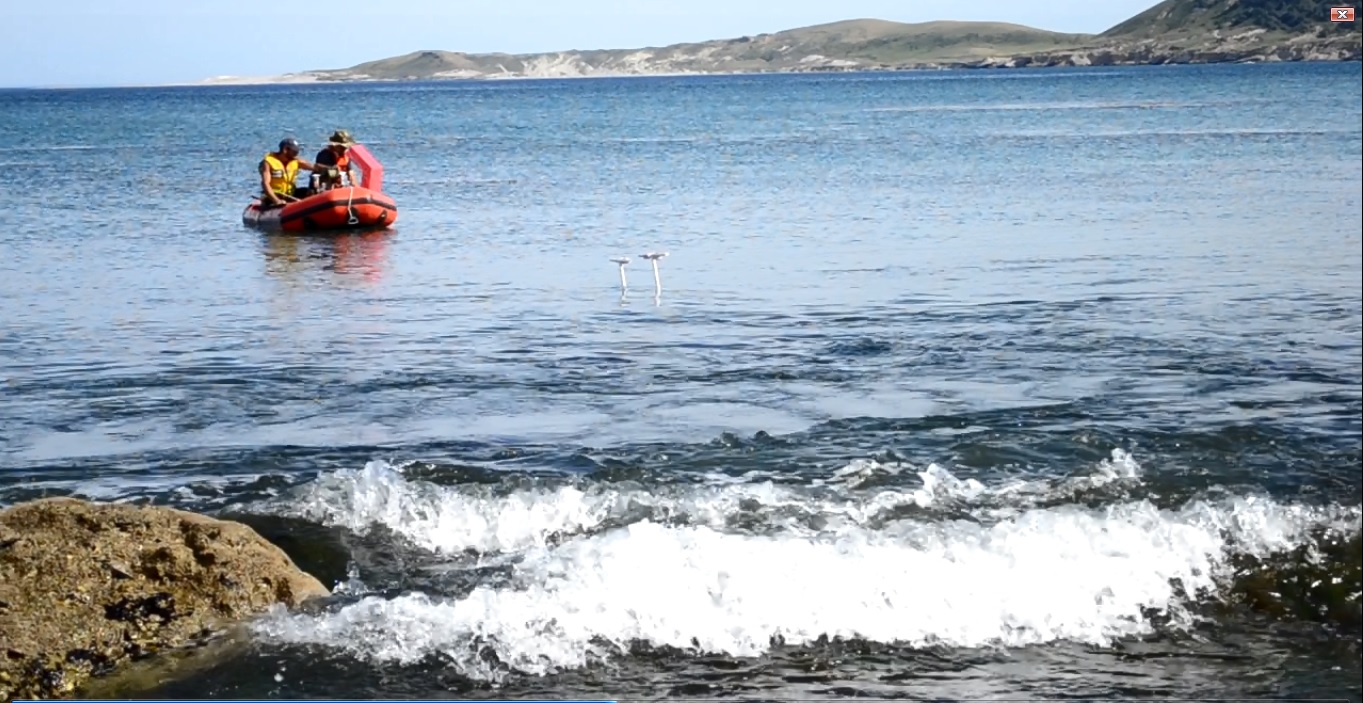 3 thoughts on “Another awesome day!”