Our AARR team is blessed with a wide range of colleagues and partners who work with a wide range of systems beyond the flying or swimming robots we often deal with.  One great example of this is the work of Dr. Jason Isaacs who is leading a group of CSUCI undergrads in their quest to win this year’s NASA swarm robotics competition.  Our CSUCI team leaves for Florida in two weeks to watch their wheeled units compete autonomously in a NASA testbed against universities from across the U.S.

The most recent news story about Dr. Isaac’s team was featured on KCLU last week:

Someday in the future, NASA hopes to send a swarm of autonomous rovers to explore Mars. But, before they can do so, they need to create a computer code so that these robots can run on their own and work together. Some computer science students on the South Coast are among those across the nation who are working on code that could revolutionize space exploration.

A small, one-foot-tall robot that has four wheels moves across the ground at Cal State Channel Islands in Camarillo as it attempts to pick up blocks with its grippers and drop them on a home base.

“You really have to learn to make everything work in concert – all of the motors, all of the wheels, all of the different elements. We have sonar. We have GPS. We have a lot of different things,” said Jeremiah Paltridge, a sophomore studying computer science. “Learning to make all that work in concert with the software and hardware that we have is definitely an interesting experience.”

He’s working with 23 other CSUCI students to develop an algorithm – or computer code – that will allow three robots that they’ve built to collect the most blocks, which represent ice or other resources that could potentially be discovered on the Martian surface…

Click here to see the full story and to listen to the radio piece from KCLU. 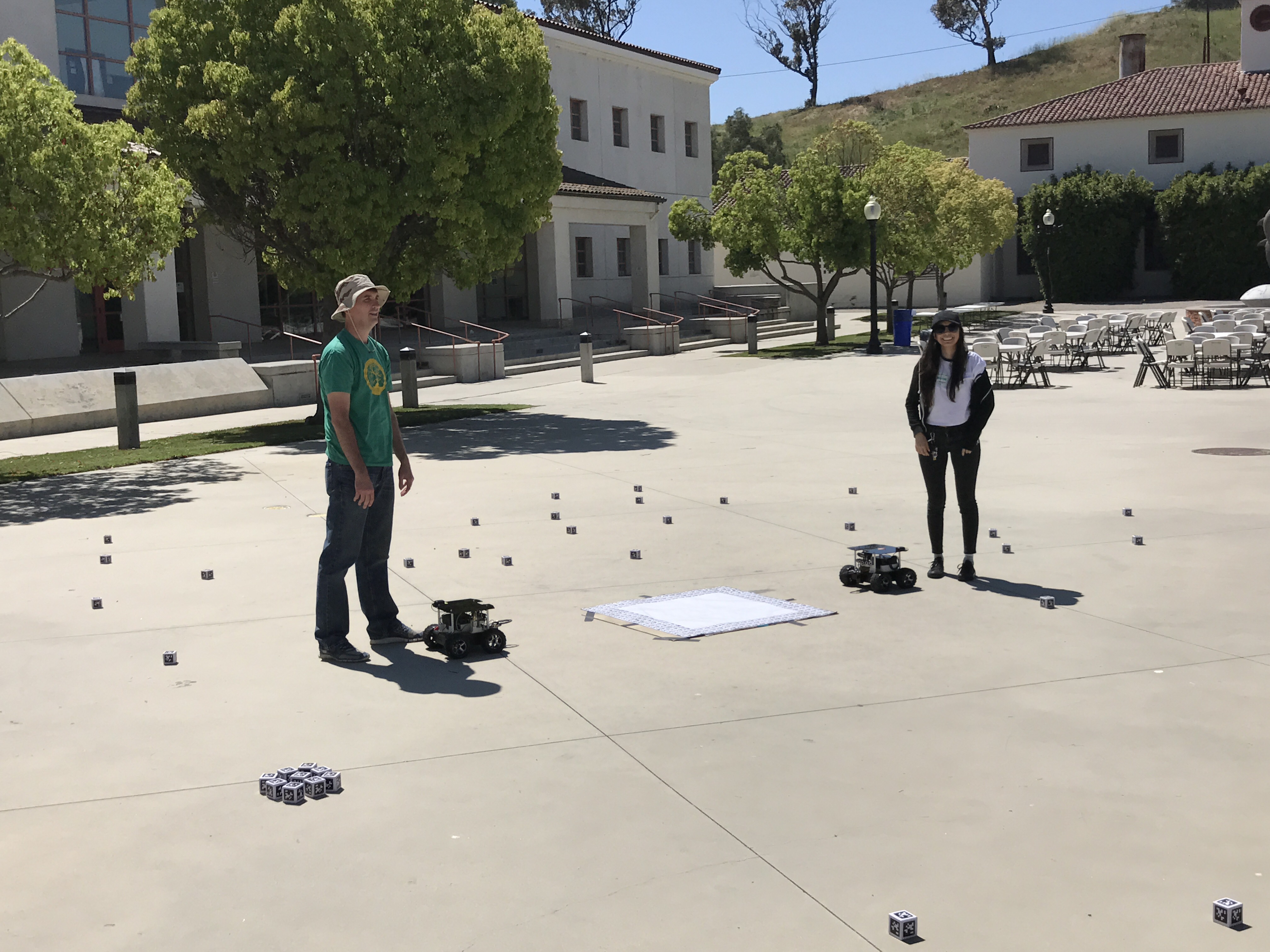